Cambodia carries the weight of its history remarkably lightly, though it’s astonishing past is visible throughout this small country.

The vast complex of temple ruins, originally Hindu and then Buddhist, going back to the twelfth century (with many atmosphericaly emerging from lush jungle) is perhaps the most striking aspect of its past, and the reason so many tourists visit.

However it’s more recent history is infinitely darker. Following on from nearly 100 years of French colonial domination, it has the horrendous distinction of being the most bombed nation on the planet. In pursuit of its war in Vietnam the USA illegally dropped more ordinance on a country the size of England’s and Wales than were dropped in the whole of WW2 – including Hiroshima and Nagasaki. With 30% of that reckoned to be UXO, the impact of this is everywhere, with amputees of all ages working/begging on the streets.

Next the Cambodians endured the internal genocide of the Khmer Rouge and the horrors that came with it. Even after the Vietnamese toppled this murderous state in 1979, the aid and support needed to rebuild was blocked as Cold War warriors continued to recognise the Khmer Rouge in the U.N.

How then can a country that has endured so much and remains one of the poorest countries in SE Asia, be so peaceful, calm, helpful and friendly to its visitors? Smiling and singing seem to be a national pastime, families gather and socialise on beaches and river banks, sharing food and laughter. It really is a relaxed, enchanting place to visit.

Although this post is named ‘Crossing Cambodia’ we only have five weeks here, so our agenda is quite modest. Landing in Phnom Penh, we soon adjusted to the dual currency (Riel and USD), the unusual Tuk-tuks

and the abundance of coffee shops in colonial buildings selling all manner of Western food. Eating real bread and lightly cooked eggs for breakfast was a welcome break from the dietary rigours of Sulawesi (see Sulawesi Penjelajahan* and More tales from Sulawesi).
We also took shelter from the heat at the Foreign Correspondence Club, an elegant bar overlooking the Mekong, that seems to have been plucked out of a Graham Greene novel. And in one sense it has. Despite the slowly turning fans and war correspondent photography (including some iconic images from ‘Killing Fields’ journalist Sydney Schanberg), the FCC was established after the conflict had ended. The owner delights in overhearing journos telling tall tales of the war, and legendary meetings in the FCC, when the club only opened is doors in 1993. 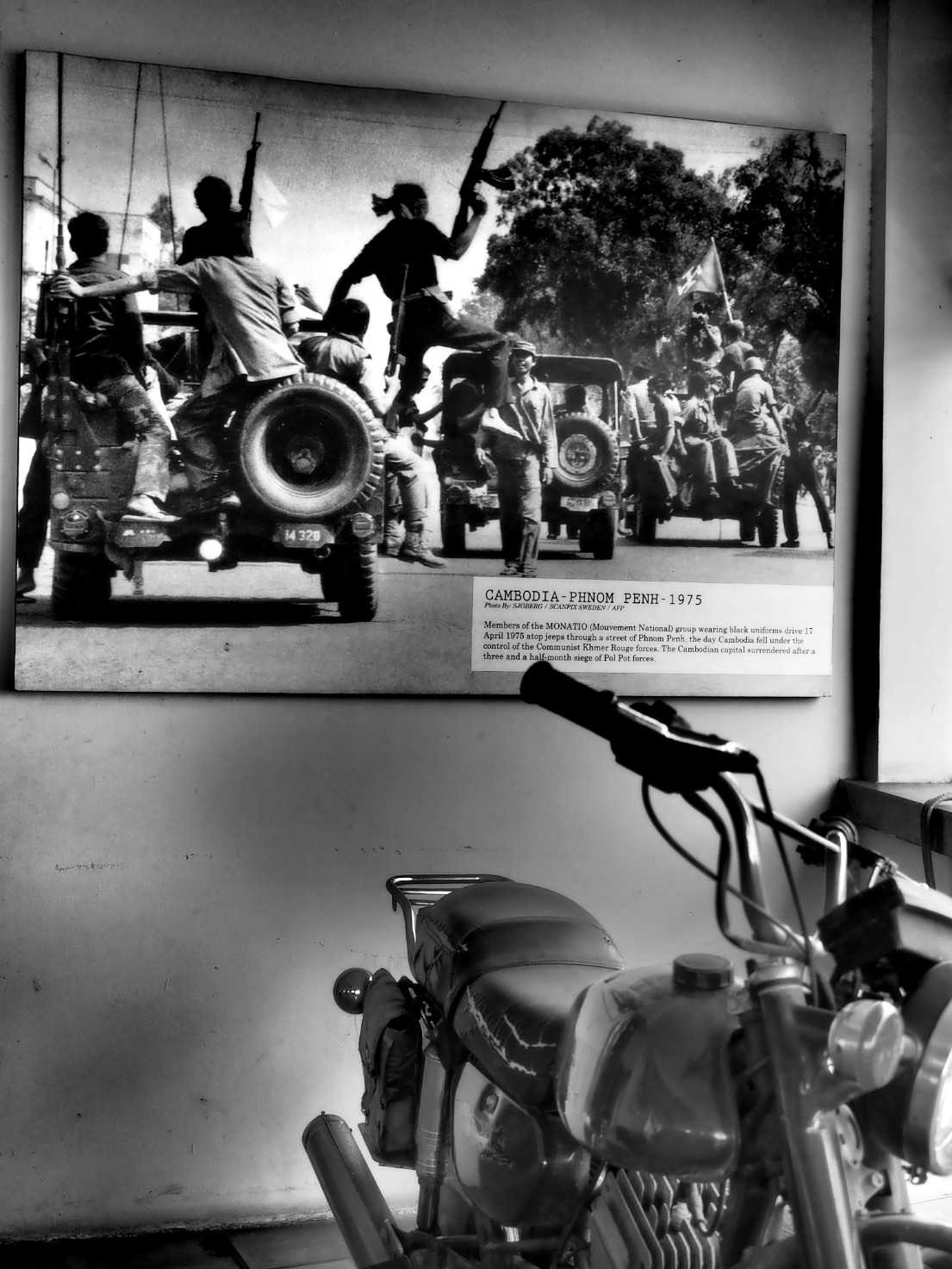 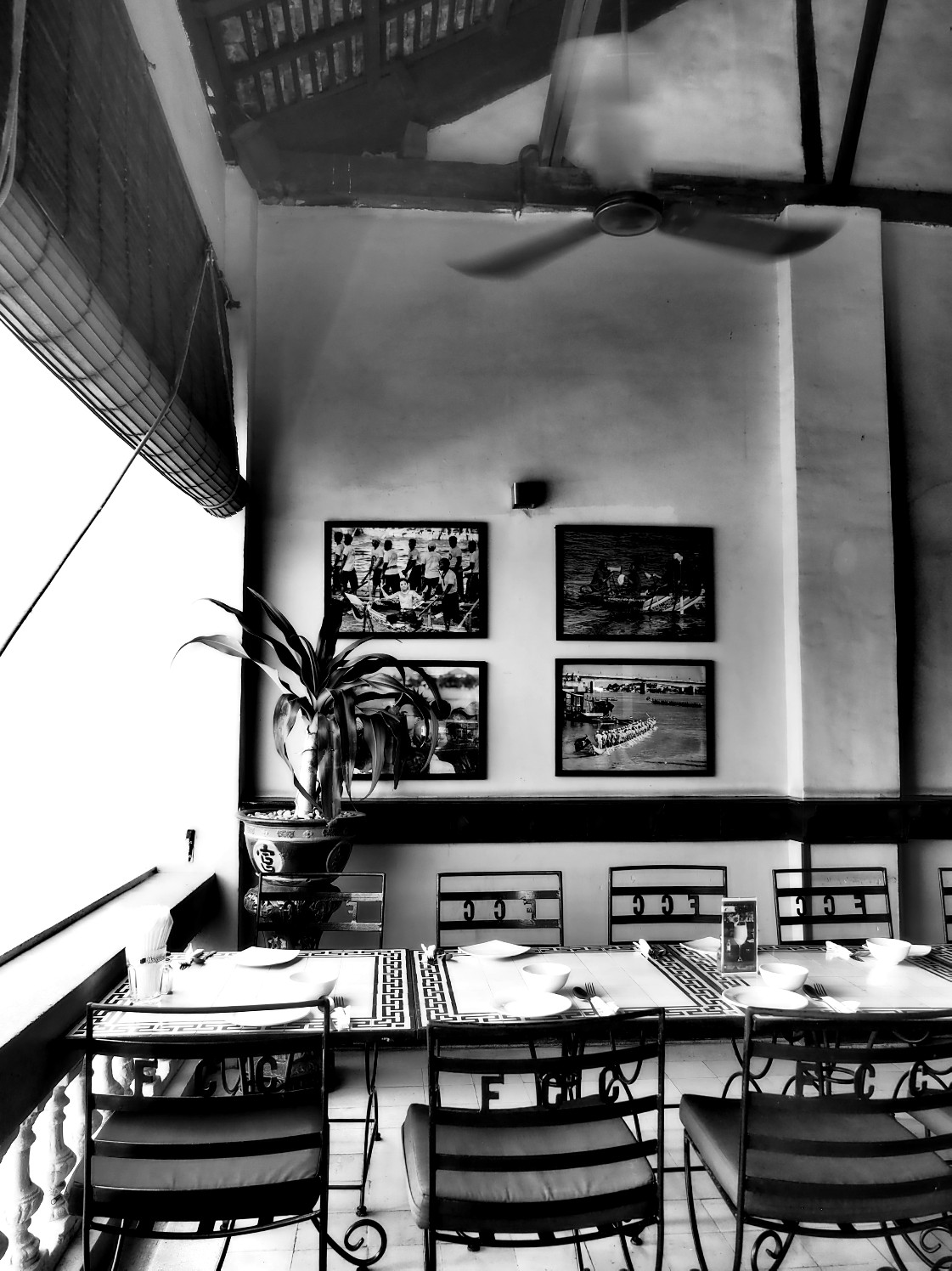 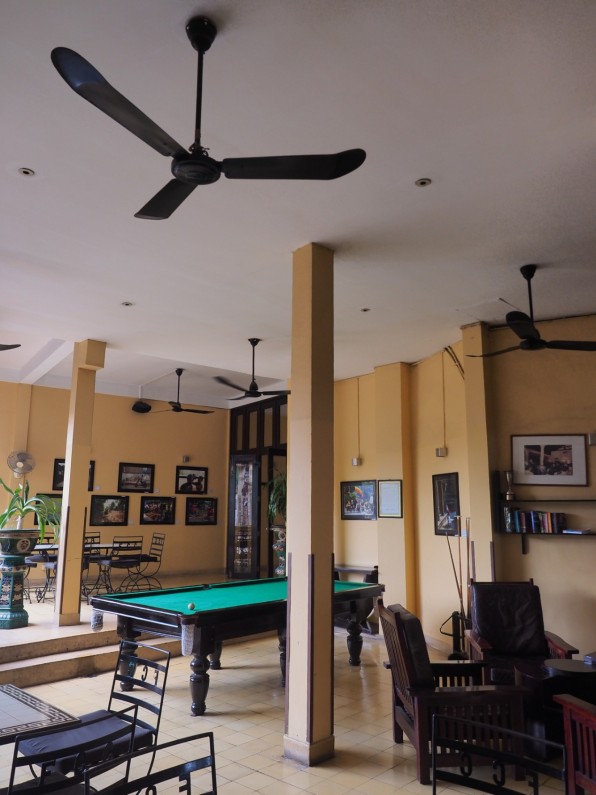 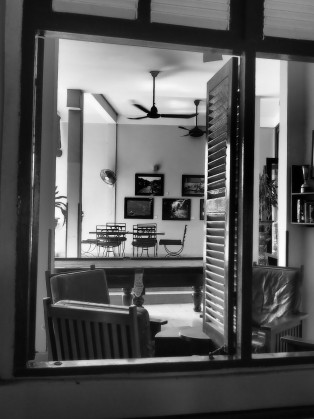 While in Phnom Penh we spent time in the national museum and visiting the Royal Palace, both were places of calm in a bustling city and a welcome contrast to the horrors of the Killing Fields and the S21 security prison. 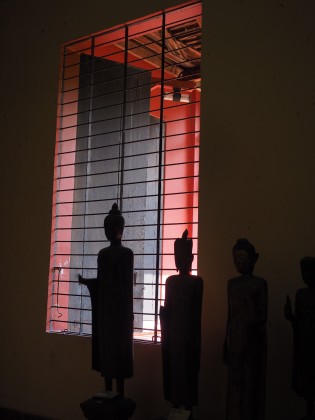 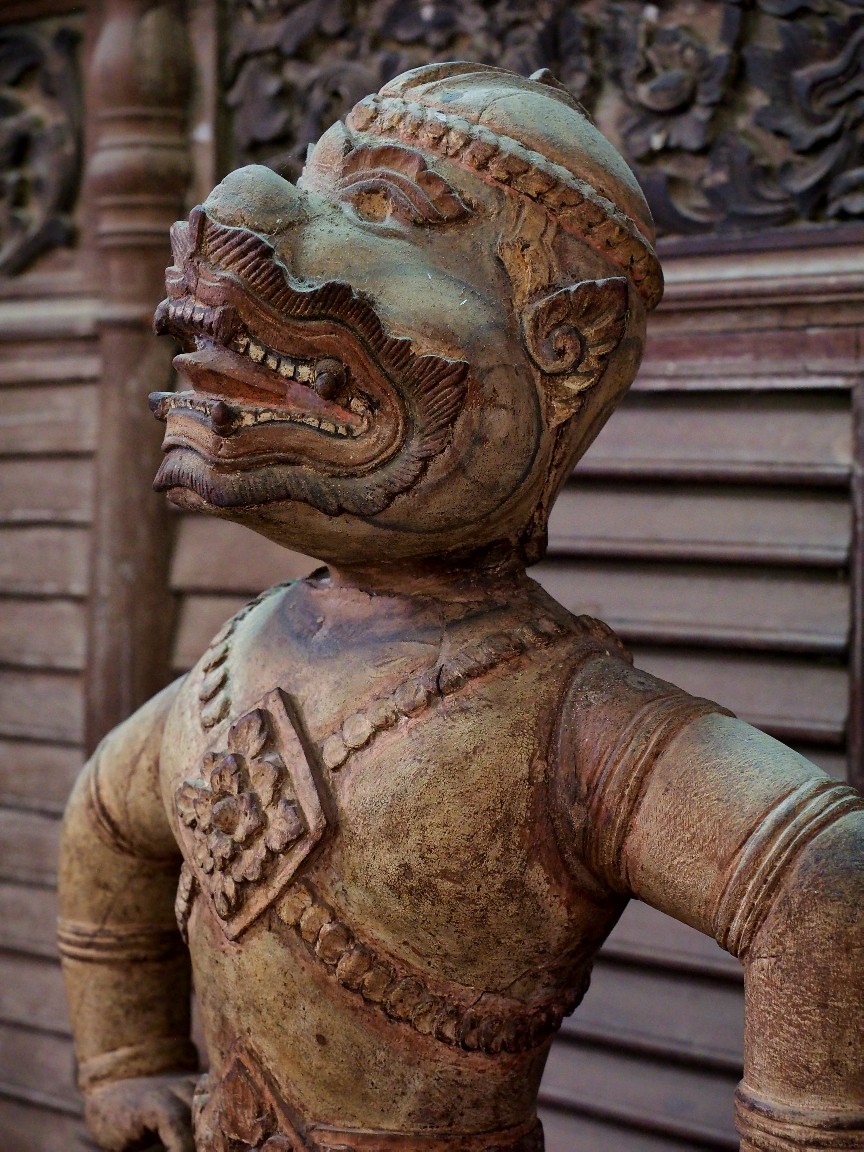 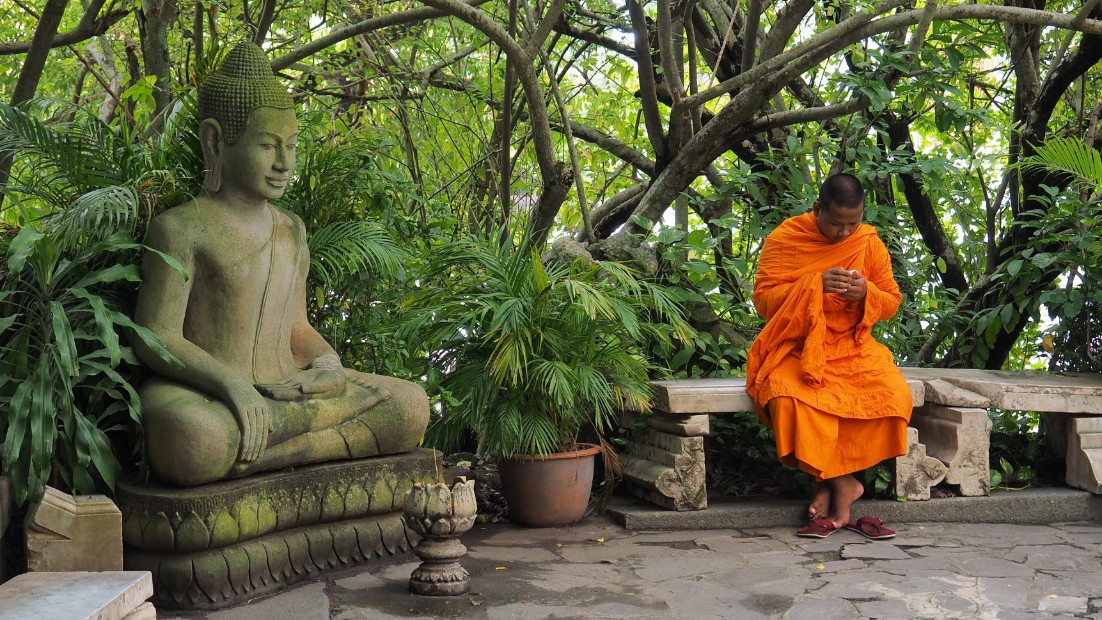 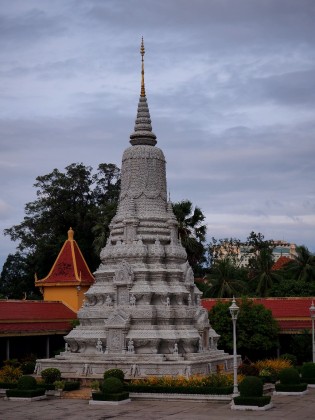 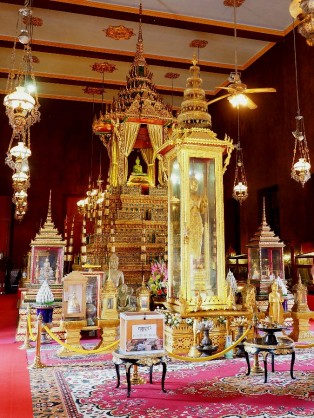 Note, this section of the blog is understandably upsetting, detailing as it does the genocide that destroyed so many lives in such a brutal manner. You may wish to skip through to the next section. I have split the Cambodia blog in to two parts. Clicking here will take you to part 2.

In 1975, Tuol Svay Prey High School was taken over by Pol Pot’s security forces and turned into a prison known as Security Prison 21. With chilling bureaucratic efficiency, the 17,000 men, women and children who passed through this secondary school/torture centre were photographed before ‘confessions’ were extracted. From there they were sent to the Killing Fields (an orchard on the outskirts of Phnom Penh), their final destination.
For us, the real horror of what happened came through at the Tuol Svay Prey High School. The school buildings, the play area, the classrooms and the suburban life just outside set against the metal beds, the barbed wire, the instruments of torture, and photograph after photograph of those who perished. The audio story, told by survivors describes what happened and visitors wander from classroom to classroom in silence, observing the heart of darkness within humanity. 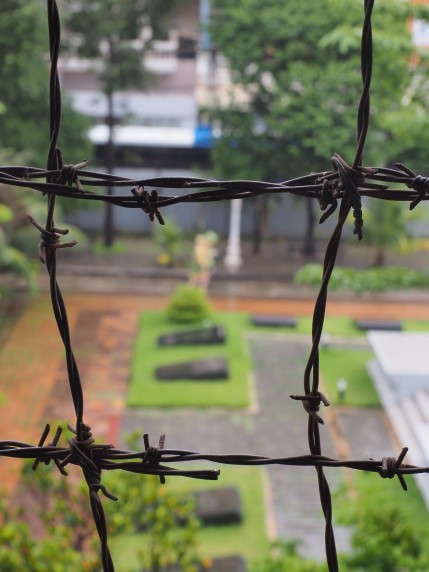 Barbed wire across the balconies prevented prisoners throwing themselves off. 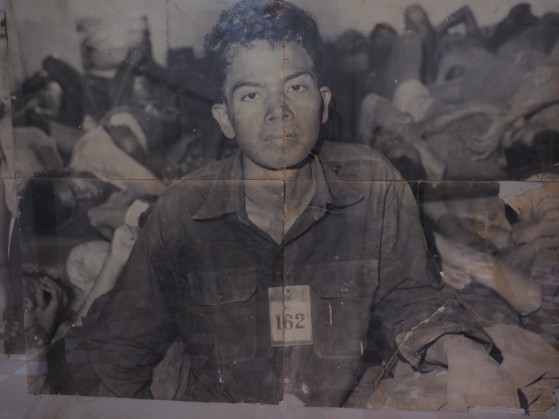 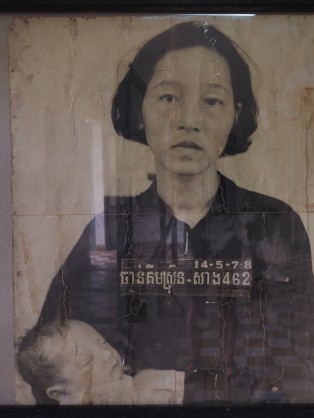 The Choeung Ek orchard on the outskirts of Phnom Penh is where the victims of S-21 ended up. 17,000 people were killed here between 1975 and 1979. Now it’s a peaceful reflective place. The remains of many victims have been recovered from the mass graves, but in the rainy season, clothes and skeleton parts still surface. The building in the centre is a monument to all those who died in all the killing fields in Cambodia.

The Cambodians have told this story well, with dignity and wherever possible allowing the survivors to speak. If you go there, the story will stay with you.